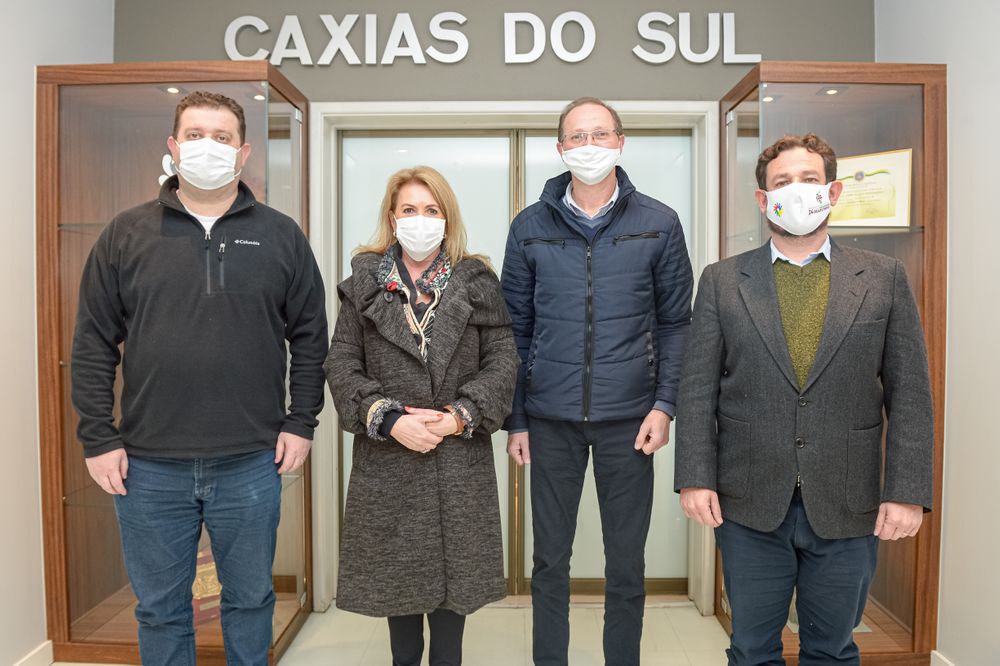 The Organizing Committee of the 24th Summer 2021 Deaflympics was defined at an assembly held on July 26 at the headquarters of the Society of the Deaf in Caxias do Sul (SSCS). The new coordination has the deputy mayor of Caxias do Sul, Paula Ioris, as Honorary President. The competition, the oldest multisport event after the Olympic Games, will be held from May 1st to 15th, 2022. The initial date was postponed due to the Covid-19 world pandemic, but the official title remains the original year. , 2021, in the same way as the Tokyo 2020 Olympics.

According to the deputy mayor, an event of this size and international repercussion is an opportunity not only for the region’s economy, but mainly because it brings coexistence and a lot of learning through the interaction between different cultures and the appreciation and integration with the deaf community. “We are very proud and ready for the work ahead. Everything in this experience is learning that remains and an opportunity for interaction”, she celebrates.

The interim president of the International Sports Committee for the Deaf (ICSD), the highest authority responsible for international sporting events for the deaf, Gustavo Perazzolo, specifies the choice of Caxias do Sul as the venue for this event due to the city’s cultural and sporting visibility, which also has a history of hosting competitions aimed at deaf athletes, such as the first edition of the South American Games for the Deaf, in 2014, and the World Handball Championship for the Deaf, in 2018. “Deaf athletes from Caxias do Sul and Rio Grande do Sul are exponents in competitions, with three or four representatives from Caxias do Sul, and between 20 and 30 from the state participating in the Brazilian team. The legacy that this opportunity brings is indisputable”, he says.

As a representative of the City Hall of Caxias do Sul, one of the organizers of the competition, the Secretary of Sport and Leisure, Gabriel Citton, explains that the sports structure that the region has, in terms of the number of spaces that can accommodate an event like this, is among the best of Brasil and, for sure, the most qualified in Rio Grande do Sul. Improvements and adaptations will still be made in some of the spaces used in the Deaflympics, in addition to the use of external locations that have international quality structure and relief, and of local technical staff . “The goal is for this edition of the Deaflympics to be among the five best of all times,” says Citton. Another expected consequence is the appreciation, mainly through legislation, as an incentive for the deaf to have autonomy and the opportunity to practice competitive sports.

Richard D. Ewald, Executive Secretary (CEO) of the Committee, points out that the work started in 2019 by the University of Caxias do Sul (UCS) was very important and essential for choosing the municipality as the venue for the competition. According to him, the Organizing Committee perceives this new stage as a “baton pass”, where the current team prepares for the final stretch of the competition. Ewald also highlights the greatness of the Deaflympics, with the expectation of 15 thousand people in the audience, from all over Brazil and the world. So far, 6,100 deaf athletes and teams are registered, coming from more than 100 countries, who will participate in 21 sports. “In addition to the whole issue of physical infrastructure, which will make Caxias do Sul able to host other sporting events later, the most important thing is the social legacy that will remain. The sport itself and the deaf community gain great momentum”.

The Organizing Committee also has Tibiriçá V. Maineri, representing SSCS on the Fiscal Council; Francine Pedrotti, president of SSCS, and Natacha Perazzolo, director of the Helen Keller Municipal Elementary School, as part of the Board of Directors. The function of the Organizing Committee is to continue the work started by the Plural Committee in 2020, ensuring the holding of the international competition. A special motivation was the fixation of the social legacy for the deaf community, in its visibility, recognition and society’s sensitivity to equal treatment.

The 24th edition of the Summer Deaflympics will be the first held in Latin America, making this a historic moment and a great victory for the Brazilian deaf community.