Brocker Turismo will be the official transport of the 24th Deaflympics 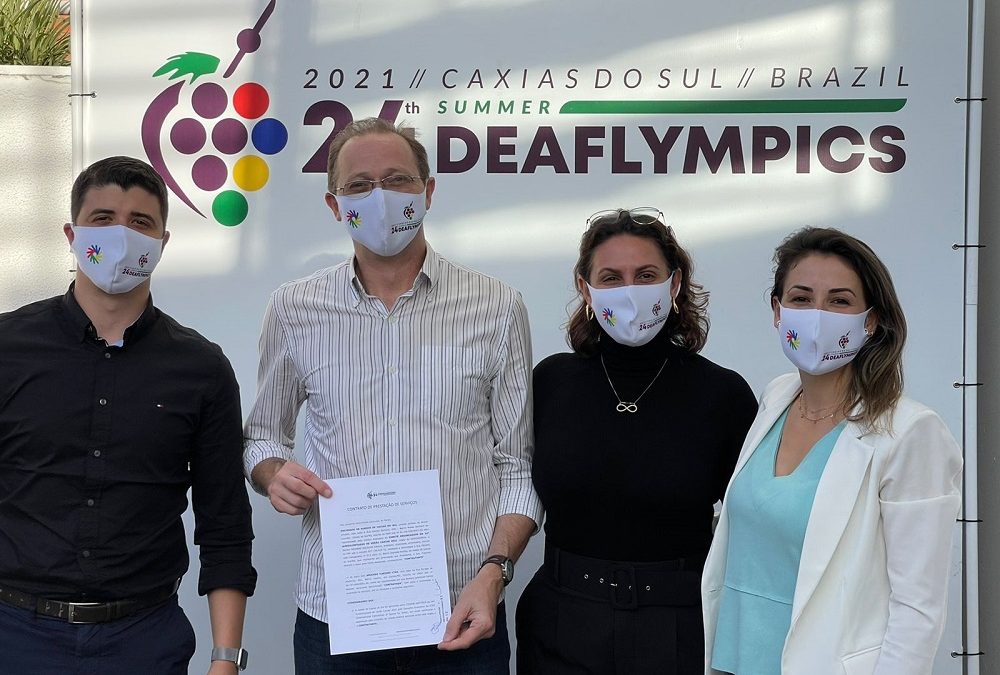 Brocker Turismo was confirmed as the official transport of the 24th Summer Surdolímpiads, from May 1st to 15th, 2022, in Caxias do Sul (RS). The multi-sport event is organized by the International Committee for Sports for the Deaf (ICSD) every four years, since Paris in 1924. For 2022, 92 countries are already confirmed, with more than 6,000 athletes and a forecast of 15,000 spectators.

“The holding of the 24th Surdolímpiadas, in Caxias do Sul, will mark the resumption of Brocker in the market of major international events. We will receive thousands of athletes from different nationalities and delegations from all over the world, in an inclusive and social sports competition. More than the realization of this super event, we want to deliver inclusion in services, tourist itineraries and gastronomic options. The objective is to offer a differentiated and personalized experience”, explains Carlise Bianchi, director of the Brocker Group, who was in charge of the negotiations for the realization of the project.

According to events manager Amanda Ramires, in recent years Brocker has expanded its operations in the segment as a service provider for large events. “This sector was greatly impacted last year, but it is already showing a clear recovery. The 24th Surdolímpiadas, for example, should move the economy of the region of Caxias do Sul, generate income and leverage the economic recovery. In addition, according to the company, the prospects for the coming year are optimistic. For the first half of 2022, Brocker expects to grow 20% in events compared to the same period in 2019, prior to the pandemic,” notes Amanda.

Brazil is the first country in Latin America to host the Summer Deaflympic Games, which will be the biggest multi-sport event in the history of the state of Rio Grande do Sul. The last edition of the games was held in 2017 in Turkey, and in 2022 21 modalities will be played. The committee of the 24th Surdolímpiadas is formed by the ICSD, together with the Sociedade de Surdos de Caxias do Sul and the city hall of Caxias do Sul. Brocker will be responsible for transporting the event, from the airport to the hotel and from the hotel to the competition venues, in addition to operating tourist itineraries in Caxias do Sul and region for athletes and delegation members.