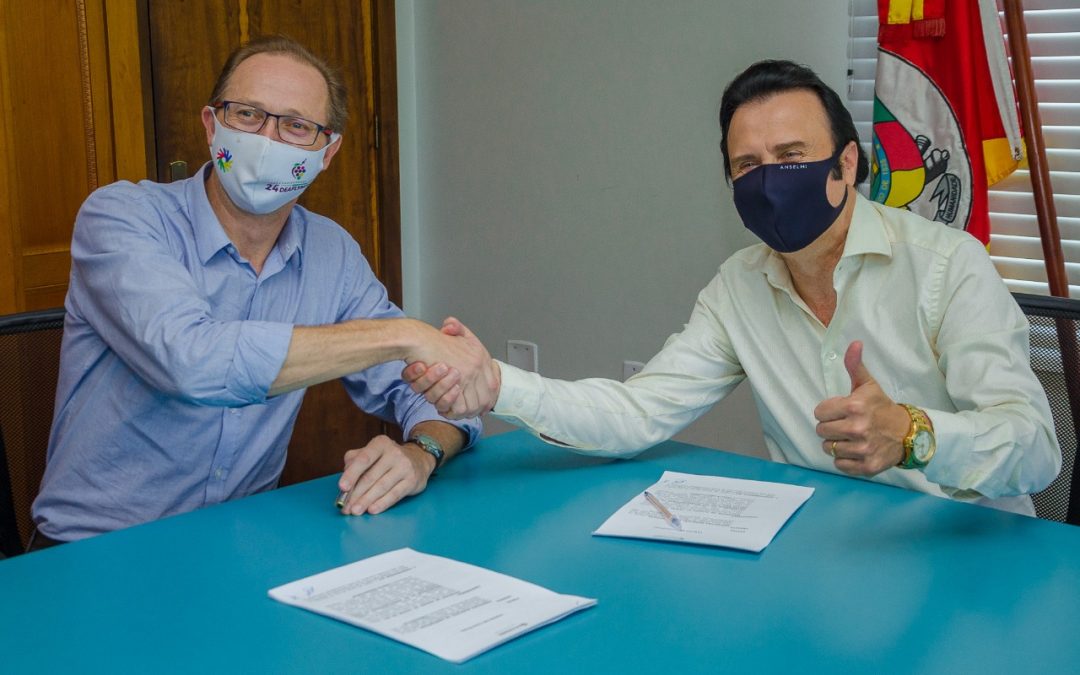 This Tuesday afternoon (02/01) the CEO of the Organizing Committee of the 24th Deaflympics, Richard Ewald was received by the Municipal Mayor of Farroupilha, Fabiano Feltrin, for the formalization of an important partnership.

The city of Farroupilha is the sub-host of the international competition that will take place between May 1st and 15th, 2022 in Serra Gaúcha. In addition to offering a wide hotel network to host competitors, it will host Cycling and Table Tennis events.

Richard Ewald initially told Mayor Feltrin that Farroupilha has been very committed since the beginning of the organization of the Surdolímpiadas, with great engagement and support from the Government. “The Farroupilha hotel chain is already almost fully booked to receive several delegations that will participate in the 24th Deaflympics, in addition to the competitions that will be hosted here, we are very grateful, as the Organizing Committee, for this partnership”, said the CEO. 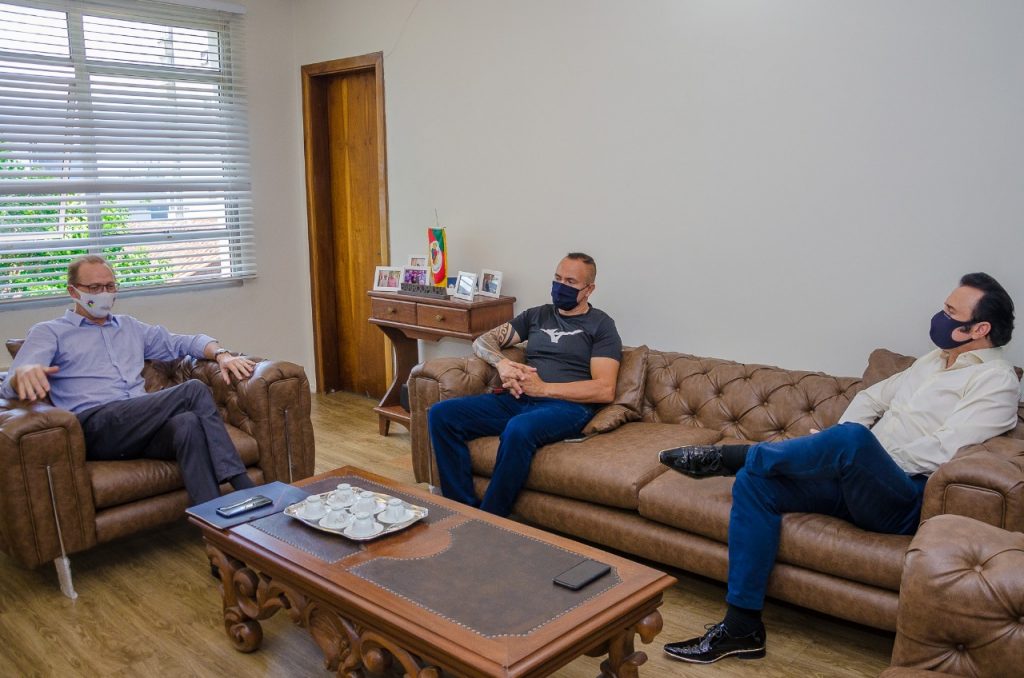 Mayor Fabiano Feltrin was very excited and satisfied with what was reported and made the City Hall even more available for whatever is needed. “We are very grateful for the trust that the organization of the Deaflympics had with the city of Farroupilha, this is very important for our city”, said Feltrin.

Finally, they signed the cooperation agreement that made the important partnership official. In addition to the competitions that will be held at the Deaflympics, Farroupilha wins a stage of the international cycling circuit, the Giro de Caravaggio, which should have its first edition in April and will already serve as a test event for the cycling events.