Organizing Committee presents Medals of the 24th edition of the Deaflympics 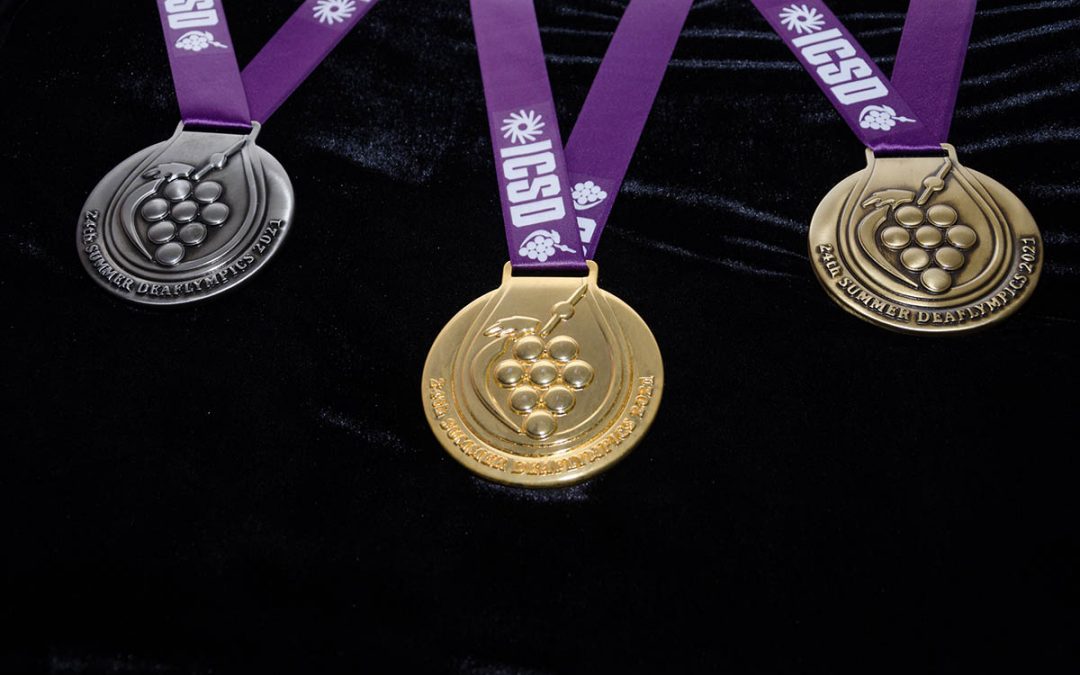 On the afternoon of Wednesday, November 17, the auditorium of the CIC (Caxias do Sul Chamber of Industry, Commerce and Services) hosted the launch event and presentation of the 2021 Summer Deaflympics medals, the largest multi-sport event in the history of Rio Grande do Sul, which will bring together more than 6 thousand athletes from almost 100 different nations, in Caxias do Sul, from May 1st to 15th, 2022.

The ceremony was attended by authorities such as the CEO of the Organizing Committee, Richard Ewald, the Vice-Mayor and President of Honor of the Organizing Committee, Paula Ioris and also the State Secretary of Sports and Leisure of Rio Grande do Sul, Danrlei de Deus, who he was an Olympic athlete (he was a goalkeeper for the Brazilian soccer team, bronze medal in Atlanta 96).

First to speak at the event, Ewald emphasized in his speech the importance of the values that surround the Olympic Games: “Today we celebrate the three main values of the Olympic movement, Excellence, Friendship and Respect. Based on these pillars, together with the International Committee on Sports for the Deaf (ICSD), we aim to place sport at the service of the harmonious development of humanity, with the vision of promoting a peaceful society concerned with the preservation of human dignity.” 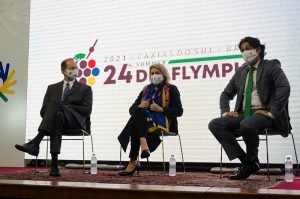 Paula highlighted the virtues of the city of Caxias do Sul, chosen to host the Caxias 2021 Deaflympic Games: “Caxias do Sul is proud to host an event of such dimension and with such great social responsibility, which also brings opportunities for social integration, treatment equality, reinforcing the values ​​of sport and patriotic feelings for all participants who will be defending their countries. A great responsibility that requires great efforts, but which the city of Caxias do Sul is pleased to undertake.”

Bronze Medal with the Brazilian Soccer Team in Atlanta 96, Danrlei highlighted the commitment, dedication and sacrifices that involve the trajectory of an athlete and also about the opportunity for inclusion: “I managed to win in my career as a soccer player because, in addition to any technique and any training, I have always been passionate about the sport and put my heart into every step of the journey. The organizers, sponsors, supporters and especially the athletes deserve all our applause for carrying forward, with determination and determination, such an inclusive event. Much is said these days about inclusion, but it is necessary to go far beyond moral support. It is necessary to contribute, each one in their own way and with their possibilities, to strengthen this event even more.” 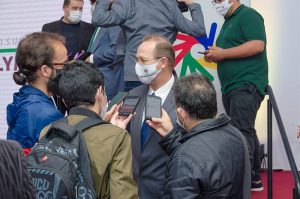 All official medals for the 2021 Deaflympics were made in Caxias do Sul. Each weighs 412 grams. The company responsible for the production was Bella Donna, which has been in the market for over 30 years. The medals were made using Zamac, a high quality zinc, aluminum, magnesium and copper alloy. In its production process, in addition to the decorative varnish, graphene was used as an ally to ensure greater resistance and protection against corrosion and wear. Claudio Fanton, director of Bella Donna, reiterates the importance for the company of contributing to a great event such as the Deaflympics 2021: “We always think about the future and about processes that reduce environmental impact, using clean technologies, fundamental for the development of sustainability. Participating in a multi-sport and international event like this has great meaning for our company.” The ribbons around the medals, which allow the athlete to wear them around the neck, were also produced in Caxias do Sul, but by another traditional company in the field, Rema Arte Esporte. 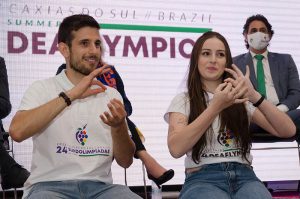 The event also served for the official presentation of the brothers Andrei and Tainá Borges, who will be the official communicators of the deaf public during the games. They are from Caxias do Sul and have had the Visurdo channel on social media since 2016, created with the intention of disseminating the culture and routine of the deaf and the importance of sign language.

The Deaflympics is an international multi-sport event, organized by the International Committee of Sports for the Deaf (ICSD – International Committee of Sports for the Deaf). The first edition, held in Paris in 1924, was also the first sporting event for people with special needs. The Summer Deaflympics takes place every 4 years and is the oldest multisport event after the Olympic Games. For the 24th summer edition, it is expected to receive 6,500 people, including deaf athletes and technical committees and teams from more than 90 countries. As a historic landmark, Brazil will be the First Country in Latin America to host the Summer Deaflympic Games, which will also be the biggest multi-sport event ever held in Rio Grande do Sul.