President of the Republic received representatives of the 2021 Deaflympics 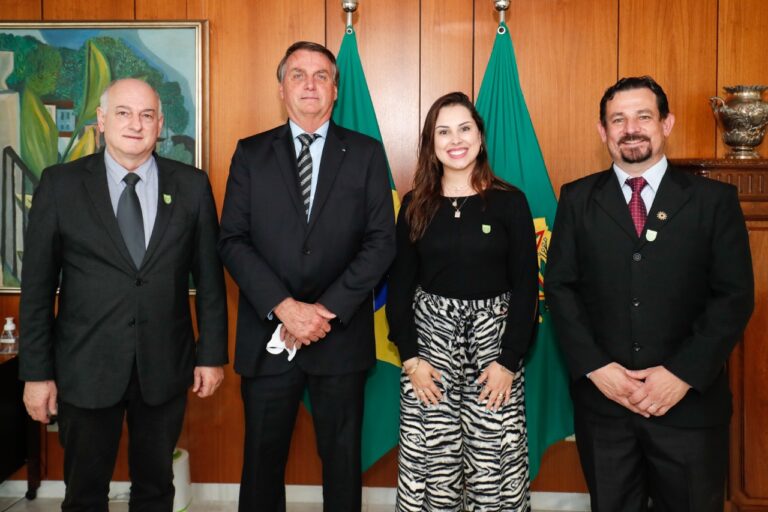 On November 26, members of the Plural Committee of the 24th Summer Deaflympics were in Brasília (DF) to talk with representatives of the Federal Government about the competition in search of mobilization and support with regard to resources, dissemination and organization. The delegation comprised the executive president of the Plural Committee of the Deaflympics 2021, Emir José Alves da Silva, the vice president of the International Sports Committee for the Deaf (ICSD), Gustavo Perazzolo, and the executive of the 2021 Deaflympics, Jaqueline Mognaga.

According to Mognaga, the meetings were positive. The agenda included a visit to the President of the Republic, Jair Messias Bolsonaro, who expressed support and reaffirmed the importance of the event for the Brazilian deaf community.

There was also a meeting with the Minister of Technology, Marcos Pontes. “Like the president, the minister emphasized the importance of the event and made the entire structure available to the Deaflympics”, says Jaqueline Mognaga about the meeting.

Almost a year from the date of the 24th edition of the Deaflympics, which takes place from December 5th to 21st, in Caxias do Sul, the meetings strengthen the ties and commitments of the Federal Government with the realization, the largest multisport event to occur in the state of Rio Greater South.
Deaflympics

The 24th Summer Deaflympics, organized by the International Committee for Sports for the Deaf (ICSD), is the first edition to be held in a country in Latin America. The international games will have the participation of more than 100 countries and 4 thousand deaf athletes and teams, to compete in 21 sports. Oldest multisport event after the Olympic Games, the Summer Deaflympics take place every four years.